Session on block starts.  Sunday 25th April 2021
Main purpose of today's session was simply familiarity with setting up and use of starting blocks.

Using starting blocks is an exciting prospect for a developing athlete, and one that will in time help the athlete achieve a more powerful initial acceleration from their starting position, setting themselves up for a better overall race.  However, in the desire to use them too early, starting blocks can be rushed and if used incorrectly, can at best be ineffective and at worst, cause athletes to stumble, pop up too high or potential end a race early.  So it is important to be patient and learn to use them effectively, to use them to your advantage and not feel rushed to use them, just because you might see other athletes using them.  Often other athletes you see are using them ineffectively too.

The key point of coming out of starting blocks is learning how to PUSH.
Both feet should be against the pads when in the set position so you can push hard against the pads at the gun.
The feeling coming out of the blocks should feel POWERFUL not quick or fast.
The best position an athlete can come out of the blocks, is a full extension of the front leg, where a straight line can be seen from ankle, through the knee, hip and upper shoulder. 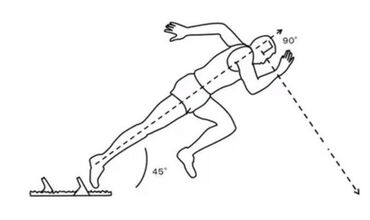 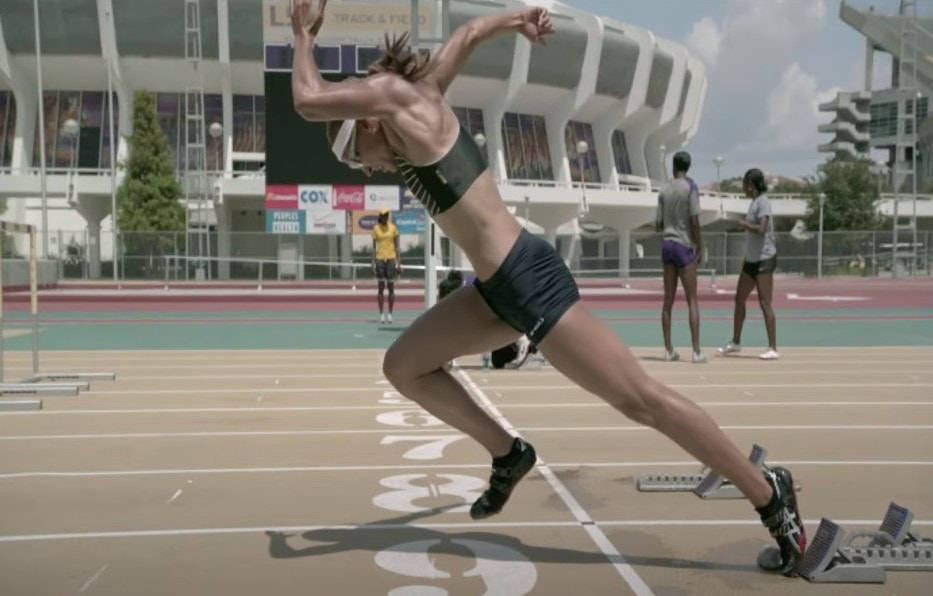 Review -
We started with a left leg post as Sadie's 'usual' start position. However, after a number of attempts, was unstable and stumbling. 1st observation was her hip position slightly too far forward. this was adjusted.
Sadie continued to not feel comfortable and as she has often reverted to trying different feet forward in various events, we suggested to try switching.

Firstly, we tried without blocks to note any difference limited to using blocks. However as you can see the left shin rolls quite dramatically allowing hips to drop, therefore the exit angle becomes too low to support, the right leg reaches out vertical to prevent the fall.

When using the right foot post leg, Sadie seemed more able to support herself - although it was noted in both cases there is an excessive hinging at the waist in front of her COM.

Other observations are her head position could do with being more neutral in set so it doesn't pop up.

Significantly, this was only the second time using blocks and am very mindful that is could just simply a case of more practice. Sadie has immense power and suddenly having a supporting pad behind her feet to push from has just directed that power in a slightly different angle than she has been used too. Until she can get adjusted to that new feeling its going to take a while to coordinate the rest of her body and limbs in the time available to support the next steps.

If you have any comments yourself please feel free to leave them in the box below! :)